I’m back on my high “cyber-horse” after seeing just how much Comcast cares for that whole Net Neutrality thing. If you were wondering how much, it’s zero fucks. 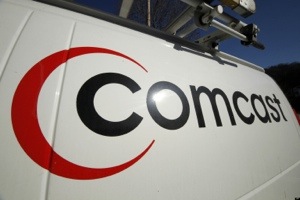 CNN is reporting that Netflix has paid for faster access on Comcast’s network after months of connections getting slower and slower. And sure enough, now speeds are up, but not much.
Only an 11% increase for whatever Netflix paid Comcast, which is not known.

So it seems that what the EFF and other pro Net Neutrality groups were saying, is coming to pass now that the courts struck down the FCC’s rules for protecting an open internet. Who’s to say now, that Comcast won’t make you pay for being able to access your email on Gmail? Wait, doesn’t YouTube have a lot of cat videos? And what if Reddit starts costing you a $1.95 a month for being able to see all those cool memes?

Comcast is extorting Netflix, plain and simple, all the while raising prices for their services and making negligible upgrades to services or speed. Congrats Comcast, the internet has a way of compensating. Almost like a living organism. Can’t wait to see what karma drops on your doorstep.