Soldier On Benefit Concert With Bret Michaels Coming To Albany

On May 31st Bret Michaels, The Marshall Tucker Band and The Charlie Daniels Band will be coming to Albany’s Times Union Center to rock, but also to help homeless veterans.

You better mark this down o your calendars now, because Saturday May 31st is going to be a massive party in downtown Albany. I already mentions the fact that Bret Michaels will be coming to town for the Soldier On benefit show (get tickets), but the party will be going on long before the show starts.

Make sure you head down to Pearl Street starting at noon on the 31st for the Pearl Street Jam. This even is also going to be huge and feature local favorites Skeeter Creek, No.2 Band, E.B Jeb and Jesse Kalin Carson. The “Jam” (that’s what I’m calling it) will also have a custom motorcycle show, food and merch vendors.

The day will kick off with a memorial ride from 10:30a – noon. The party will ultimately end up at Pearl Street. 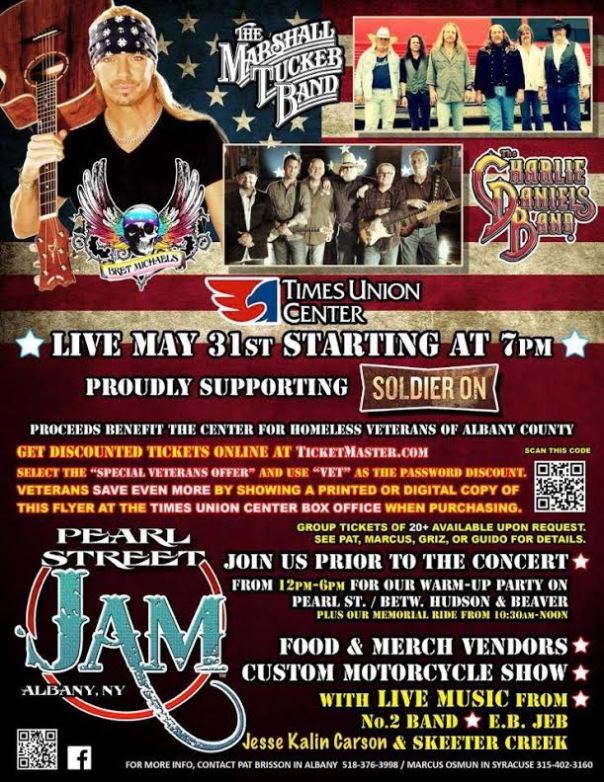 Posted on May 1, 2014, in Local Stuff and tagged concert, military. Bookmark the permalink. 1 Comment.