The Amazing Spider-Man 2 Review – Spoilers Ahead

Spider-Man has and always will be one of my absolute favorite super heroes. With that being said, I didn’t exactly love “The Amazing Spider-Man 2.” However, I also didn’t hate it. Let me explain. 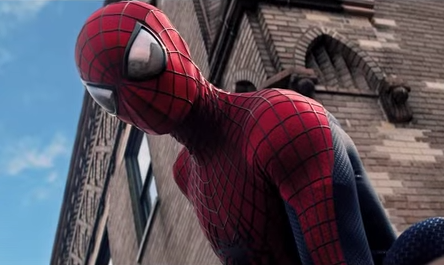 Marvel has burned us in the past. 2007’s “Spider-Man 3” is a big reason why the Tobey Maguire franchise ultimately came to an end. So enter Andrew Garfield. A new Spidey, and a new style.

The Amazng Spider-Man 2 picks up where 2012’s Amazing Spider-Man left off. Spider-Man is mostly beloved by the citizens, but the law doesn’t exactly see eye to eye with him. We first meet Aleksei Sytsevich (The Rhino) in the first bit of the film. Spider-Man defeats him, he goes to jail, but man is he pissed.

In classic Peter Parker fashion, fighting Aleksei almost makes him miss something crucial. In this case it’s his high school graduation, where his on again off again girlfriend Gwen Stacy is delivering her valedictorian speech, which is ultimately eluding to her death. And no, that’s not a spoiler. She dies in the comic books, so deal with it. We all knew it was coming.

A lot of the movie, and I mean A LOT, has to do with the love story between Peter and Gwen.  I know people are going to hate on that, but it’s all part of the story. On that note, I think they could have taken it down a notch or two. A lot of time is wasted on this. It’s over two hours long, however I am convinced that the action makes up for it.

One thing I like about this movie is that we finally get to see (those of us not familiar with the comics) why Peter’s parents (Richard and Mary) left him in the first place. Peter’s father was working for Oscorp, developing human/spider half breeds. This to help with his friend Norman Osborn’s terminal illness. When Richard tries to run after discovering Norman’s shady dealings, and trying to frame Richard, it ultimately leads to his death and his wife’s death.

We get introduced to Harry Osborn who has been away at boarding school, and Norman reveals to him that he also has this disease. The Oscorp board has the spiders from the Richard Parker project destroyed, along with any other human/animal projects thanks to the events in “The Amzing Spider-Man” and the Lizard aka Dr. Curt Conners. Harry is convinced that Spider-Man is his cure, but Spidey/Peter won’t agree to inject Harry with Spider-Man’s blood. Therefore Harry hates Spider-Man. He goes a bit crazy.

Speaking of crazy, Jamie Foxx portrays Electro. This awesome Spider-Man villain is downgraded to a nerd who no one notices until he gains his power in an unfortunate accident, transforming him into Electro. As Electro, Foxx is fantastic. He’s dark and twisted and super powerful.

Harry discovers that the spider venom from the super spiders was saved in case they ever needed it. He injects himself with it to save his life, only to turn himself in to the Green Goblin.

Spider-Man finds himself battling Electro, and he wins thanks to Gwen Stacy. However, Goblin comes in and ruins the party by taking Gwen captive, and throwing her to her ultimate death. It wrecks Peter, and he takes a leave of absence from being Spider-Man.

The whole movie in all is just a giant setup for something to do with the Sinister Six. This is where Aleksei Sytsevich reappears in the Rhino suit at the end, and Peter makes his triumphant return as Spider-Man.

Now we did have a couple of things introduced in this film. BJ Novak is introduced as Alistair Smythe, the creator of the spider slayers. We also get to see Gustav Fiers helping Harry organize his team, which will be the Siniter Six. Fiers also appears at the end of “The Amazing Spider-Man” talking to Curt Conners.

Over all I liked this movie. I did not love it like I loved the Marvel produced films such as “Iron Man”, “The Avengers” and “Thor.” But if it’s setting up something as awesome as I think it is, then this sequel will be worth the pay off.

Listen to the Geek Show episode 1