Not only is Donald Sterling a very racist rich man, but as of today he is about the be even richer. Former Microsoft CEO Steve Ballmer came to terms with Shelly Sterling and her team to buy the Los Angeles Clippers for $2 billion. 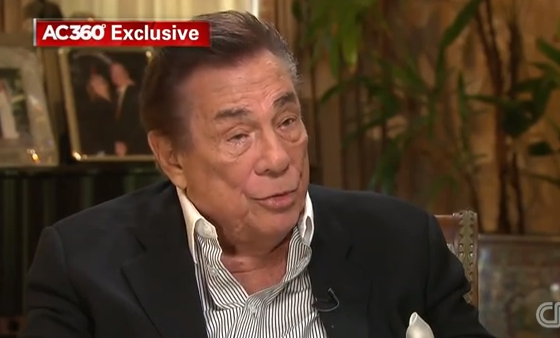 About a month ago removed owner of the Los Angeles Clippers, Donald Sterling, was caught on tape being a racist. It was not a secret that he was a racist, it was simply a situation where he had never actually been “caught” being one. Well the jig is up.

The NBA did the right thing in removing him from all things related to the team, and banning him from the NBA. He could be involved in no decisions, or attend games. It was a pretty powerful move by the new NBA commissioner Adam Silver. Standing up to Sterling was something that I don’t think that Sterling saw coming.

So what could happen to Sterling other then being told he could not attend games and be involved in team activity? Well, he could be forced to sell the team. That’s not something that would really hurt him. Sterling bought the Clippers in 1991 for $12.5 million. The deal with Ballmer sold the team for $2 billion.

On the other hand, there really isn’t anything that could have been done to prevent it. Removing Donald Sterling from the NBA and the team is good for everyone, especially Magic Johnson who Sterling seems to hate for a multitude of reasons.

I hope that Donald Sterling doesn’t get to enjoy that money too much. Not that I’m wishing bad things to happen to him, but he’s pretty old. Father time is just ticking away.

Posted on May 30, 2014, in Sports and tagged Clippers, Donald Sterling, sale, team. Bookmark the permalink. 2 Comments.