Have you ever been listening to a catchy little hip hop song such as “Natural Born Killaz” by Dr. Dre and Ice Cube and thought, “hmmm what these guys are saying just doesn’t add up.” One instagrammer (that’s a word, right?) has decided to fact check a number of hip hop artisits and bring them back to reality.

The memes were created by Emmanuel Hudson, and every single one of them on his page is pretty hilarious. As equally hilarious is the fact that it seems that most hip hop artists are really stupid.

It makes me wonder if they are just changing the facts to match up with the lyrics? 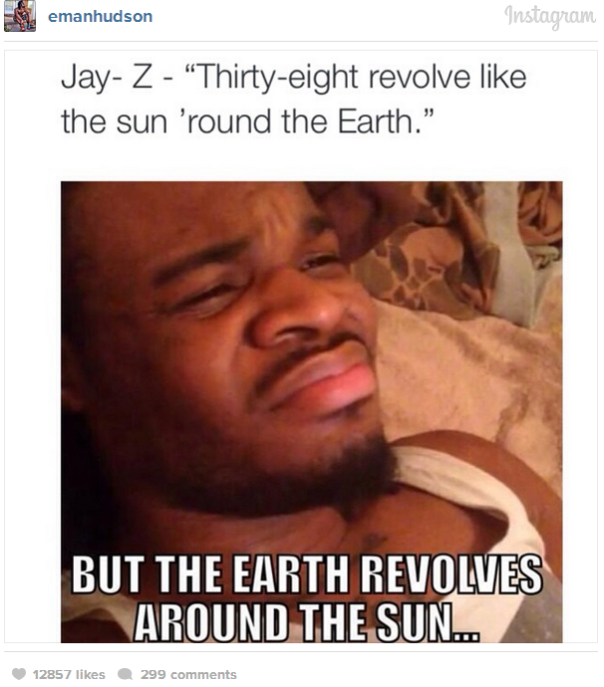 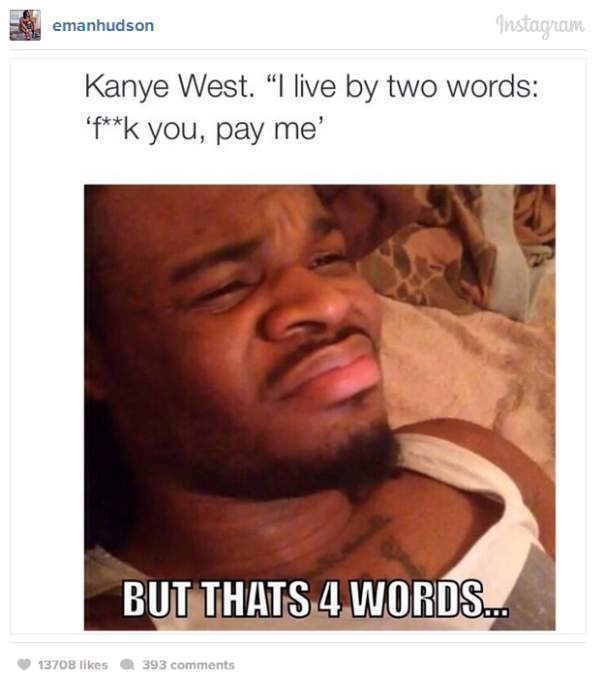 Posted on July 10, 2014, in WTF and tagged funny, meme. Bookmark the permalink. Leave a comment.