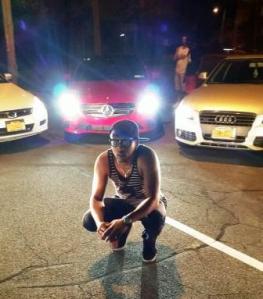 Up and coming rapper, Fitted, has been making quite the name for himself as he looks to go from local to legend.  A Capital Region kid, Greg “Fitted” Caldwell, has performed countless shows here around Albany and has opened up for major artists like Wu Tang, Big Sean, Lil’ Kim and Roscoe Dash.  If you haven’t seen him grace a stage in the area ,you may have seen him in our local publications such as the full insert spread he was given in the Daily Gazette or his interview with the Times Union.  This week, Fitted took a massive leap towards his goal of stardom with a mention in a national magazine – Hip Hop Weekly.  Check out the full-page ad staring Fitted.

As Fitted states on his Facebook page last week, “Best-feeling ever. I’m currently at the airport in Philadelphia and I get stopped by a guy and a girl just now to take a picture. Convo goes aren’t you that guy in the new issue of Hiphop Weekly Magazine.” [Sic]

The local rapper has opened up for huge, well-known acts all over the Capital Region.  From venues like Trick Shots in Latham, to Upstate Concert Hall in Clifton Park, Fitted has paid his dues.  He works immensely hard on not just his music, but his image and promotions.  He and his crew, Inspired Mindz, put in all of the details needed to make it in a tough business.  Fitted has sold tickets to his own shows, passed out flyers at the malls, hit up all local hip radio stations and manages a multitude of social media sites, pushing his brand. Now, all of his hard work could pay off and perhaps he’ll be having other local rappers open up his own headlining show – Fitted was just featured in this week’s edition of the national magazine, Hip Hop Weekly. 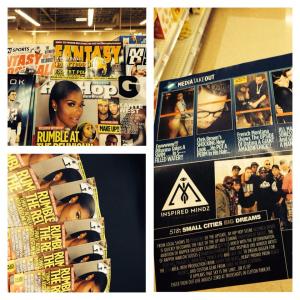 Hip Hop Weekly is your source for all things in the rap world, and is on the shelves of just about every store around the country.  Fitted’s hard work has earned him a place in the national spot light.  His YouTube videos have anywhere between 7,000 and 14,000 views.  His Facebook page pulls in over 5,000 fans, another 2,000 follow his Twitter account.  It’s no wonder the rest of the country is catching up.

For show information, check out Fitted’s website.  You’re probably going to want to catch the kid perform in Latham before he sells out MSG someday.

Fitted – 600 Miles Away [Live] at Trickshots