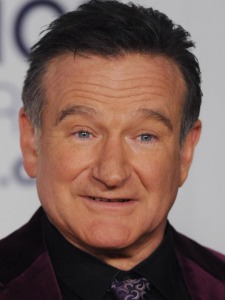 It’s a sad day that one of the funniest men, has left us. Comedian/Actor Robin Williams was found unresponsive early Monday, August 11th in his home in Tiburon, Northern California. He was 63.

Robin rose to his fame playing the eccentric alien observer Mork on the hit TV show Mork & Mindy in the 80’s with co-star Pam Dawber. His offbeat and improvisational comedy, made him stand out. After the show was cancelled, Williams began working in feature films such as The Word According to Garp, Mrs. Doubtfire and his critically acclaimed hit Good Morning Vietnam, in which he played a Disc Jockey sent to Saigon during the Vietnam War.

Williams had struggled with drugs and alcohol addiction for much of his early career but  managed to stay sober for the last 20 years. He recently returned to rehab to focus on his sobriety after some relapses. While not yet official, the corner believes the cause of death is suicide due to asphyxia. Williams leaves behind his wife Susan Schneider and 3 children from his previous marriages with Valerie Velardi and Marsha Garces Williams.

Being one of his fans, I can say I will miss his humor and talent. He was a great comedic actor, but also showed himself to be an outstanding dramatic actor which won him an Oscar for Best Supporting Actor for Good Will Hunting. He was not only an amazing entertainer, but volunteered his time to the troops entertaing them in war zones as well as on bases throughout the world. You can read his full biography on wikipedia. Rest in Peace Robin.