Creator of AMC’s hit show “The Walking Dead” is creating an uproar among fans of the show after some statements made about whether or not Daryl Dixon is gay or not.

When I first read this information today, my initial thought was that Robert Kirkman just wants to make a lot of women’s fantasies null and void.  He was asked in a fan letter whether or not Norman Reedus’ character of Daryl Dixon could possibly be gay. Rather than saying no, Kirkman, in true Kirkman “never count anything out” fashion, said that it had in fact been discussed.

The question arose from a fan of the comic books who sees parallels between Daryl and a character from the comics named Jesus. According to Cinema Blend, this character is a total badass who also just happens to be gay.

All I can say is that it’s been discussed. We have very specific ideas about Daryl’s sexuality (or the seeming lack thereof), and if there’s ever a quiet period in the show where he’s not consistently distracted by crossbowing… we’ll tackle it in the show.

This has caused the world of fans from this show to freak out. Immediately people started to hate the idea of Daryl being a gay man. One blog, MyHyperReality, was able to grab some of the quotes off twitter, and I think people have the wrong idea.

People seem to think that by having Daryl be a gay man it will somehow change his character. Well, NEWS FLASH: If it turns out that they write that Daryl is in fact gay, that means that he has been gay the whole time!

It’s not like he’s all of a sudden going to pursue a romantic relationship with Rick, or Tyreese. Both of these guys have clearly been portrayed as men who are interested in women. To that effect so has Glenn, Eugene, Abraham, The Governor, Dale, Bob, Carl, Shane, Hershel and most of the other men on this show.

So maybe it’s not a coincidence that Daryl hasn’t really been romantically linked to any female on or off this show as of yet.

However there was that sort of relationship that he had with Carol.

I do believe that there might be a little something going on between Daryl and Beth. But you never know what these writers are going to throw at us.

Me personally, I’m pulling for Daryl to kill all the zombies and live happily ever after with Beth. 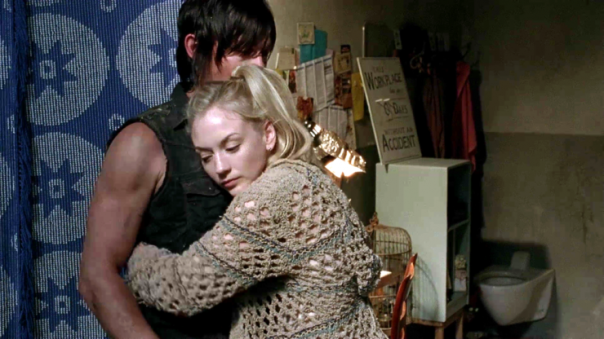 Posted on August 15, 2014, in Entertainment, Television and tagged the walking dead. Bookmark the permalink. 1 Comment.