Tuesday night was the official premiere of The CW’s latest superhero effort, “The Flash.” Not only was this a great take on the comic book character, but but it was fun and fresh at the same time. 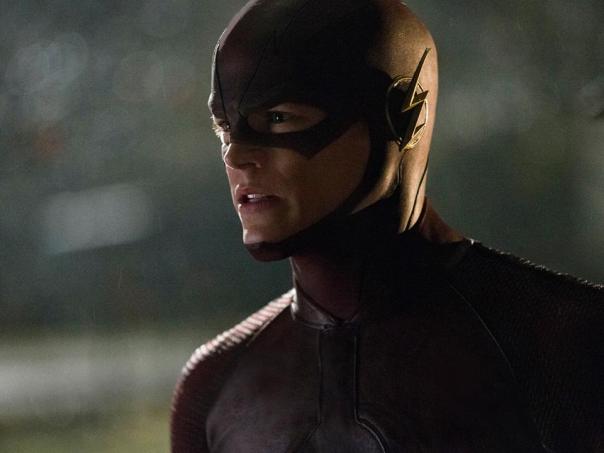 When it comes to classic comic book characters, a few names come to mind. The Flash is one of them. He’s a character that has been around since 1940, and though The Flash has had several people take up the mantle, the fastest man alive has always been a favorite among comic book fans.

The CW has had good success with their teenage superhero shows. “Smallville” was the one that started it all. Their next venture was “Arrow” and fans love it. “The Flash” is a sort of spin-off from that series, but as someone who has not watched “Arrow”, I didn’t feel like I was left out of the loop or anything during its premiere.

One thing that I really liked is that while this was an origin story episode, they didn’t spend a whole lot of time on that aspect. They got right into who Barry Allen, played by Grant Gustin, is as a person.  He’s a young police forensic scientist, who’s mother was killed when he was  young boy, and his father was framed for the murder.

Those of us familiar with the comics recognize he actual killer as Reverse Flash, or some incarnation of that character. Clearly he is going to be the main foe of this series, or maybe just this season. It’s too early to tell.

Barry’s father Henry, played by John Wesley Shipp, has been in prison for the murder since Barry was a child. Barry however believes his father is innocent. Also, John Wesley Shipp played the Flash in the 1990’s Flash series. A pretty cool Easter egg for fans.

So how does Barry actually become the Flash? It was pretty similar to his original origin in 1956.

When Star Labs is performing an experiment with a particle accelerator it causes a phenomenon that triggers a lightning bolt that hits Barry. The result sends Barry to the hospital where his heart appears to stop beating several times. We learn later that his heart beat was actually going to fast for the hospital monitors to pick up, creating the illusion that he was dying.

The head of Star Labs, Harrison Wells (Tom Cavanaugh) takes Barry to Star Labs for observation. When Barry wakes up he realizes that he now has some sort of superhuman ability. The accident also cost Wells his funding, and his ability to walk (supposedly).

In the meantime, the freak accident from the lab has effects on other people in Central City. The refer to them as “metahumans.” I’m sure we’ll see a whole bunch of Flash’s rogues gallery pop up as a result. I’m really looking forward to seeing how they develop that.  The first metahuman villain we get to meet is Weather Wizard, Clyde Mardon. He appears to have been killed after a confrontation with Barry as the The Flash and the police.

Like a typical CW show there is some drama in the relationship department. Barry has been raised by his best friend’s father Joe West, a Detective with the Central City police. He also clearly has an interest in Joe’s daughter, his best friend, Iris West. So I’m thinking that we’ll eventually see a Wally West pop up. Iris is Barry’s fiance in the comic books after all.

The biggest twist is a the end of the episode when we see Harrison Wells go into a secret room. He then gets out of his wheelchair, and goes over to a device that shows him a newspaper from 2024, the future. It shows that the Flash has gone missing.

So, who is Harrison Wells, and what are his motives? Can he time travel? Is he Reverse Flash? I guess we’ll find out.

Overall I have to say that I am sold on this series. It was a lot of fun, and the running sequences that featured the Flash’s speed were really well done. I can’t wait to see where they go with this series.