It’s no secret that I am a fan of the Duggar family. No I can’t tell the kids apart (working on it), and I can’t imagine giving birth to 19 kids (nor would I want to)! But for some reason that I’m not even quite sure of – I find the family fascinating. I don’t agree with all of their philosophies, but I understand them. The family has married off three of their children, leaving two in the middle unattached, twins – Jana and John-David. 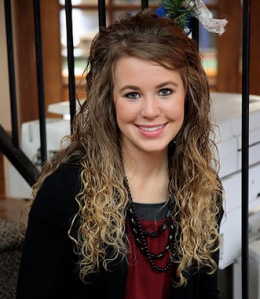 Reports state that the two have no love interests in mind which of course prompts speculation. I’ve heard that Jana is so busy taking care of her brothers and sisters as the oldest daughter that she hasn’t had time. I’ve also heard that her father, Jim Bob hasn’t found anyone suitable for her yet.

Now there are rumors that she may be leaving her parents and the other kids behind to embark on her own path. I’ve read various articles that give Jana a hard time because she’s the oldest daughter and hasn’t found someone and settled down yet. She’s only 24 – is that so bad? Maybe embarking on her own path would help her find someone that is a good match for her. The other way of thinking is she doesn’t completely agree with her families beliefs.

I also wonder why Jana gets all the flack about not settling down? John-David, who is the same age as her, has yet to settle down but it’s ok with people. Double standard anyone?

So should Jana spread her wings and fly away from her family? She’s done her share of traveling away from the family so I think it would be beneficial for her to embark on her own life. Only time (and the show) will tell what really happens with Jana but you can count on it that I’ll be watching to find out!