Hey all you cable cord cutters, remember when you wished you could get HBO without having to have an account with a cable company? Well, looks like HBO has heard your cries. 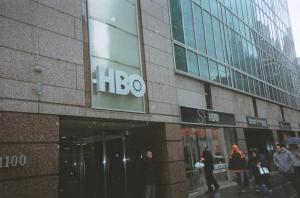 CEO Richard Plepler confirmed that sometime in 2015, people would be able to subscribe to HBO and watch all their awesome shows, like Game of Thrones, without having to have a cable subscription. The number of homes without cable has been growing, and is estimated to be at 80 million right now. He also said they are working with current partners and future partners to explore new models. In normal english, that means, they are trying not piss off cable companies who are trying to keep you a subscriber.

There is also the fact that Net Neutrality may play a part in this as well. Netflix announced some time ago it paid a, for lack of a better word on my part, “bribe” to Comcast to get better connection speeds for it’s customers. Comcast of course denied it, but the rumblings have been happening for a while. Even the FCC, when the merger with Time Warner was announced, had some misgivings on the whole deal, and put a hold on the merger till it gets more info.

Still, this is a good step to getting rid of the monopoly of the cable companies have on some communities and allowing those of us that don’t want to pay a high price for channels we never watch.