Is Your Favorite Fall TV Show Headed For The Chopping Block? 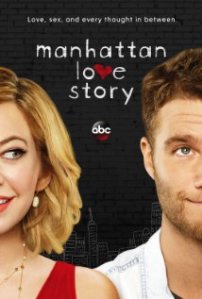 Mulaney on FOX is in quite a bit of trouble. The debut ratings were only 2.4 million total viewers. The episode order for the show has already been cut from 16 to 13 – which usually means after those episodes air it will be pulled.

A to Z on NBC raked up 5 million viewers the first week but dropped to 3.6 million in week 2. At this rate the show won’t even get halfway through the alphabet before the show is off the air.

Red Band Society on FOX is a teen hospital drama. It got off to a weak start with only 4 million viewers and did even worse in weeks 2 and 3 with 3.3 million viewers. These low ratings are usually tolerated by FOX but the drama isn’t produced in-house so it may make it easier for FOX to pull the plug on it. However additional scripts have been ordered by the network.

Selfie on ABC debuted to 5.3 million viewers. ABC came in third on Tuesday night – only topping FOX. It’s likely that the network will give the show a few more weeks to see if the concept catches on.

Utopia on FOX is about a band of strangers abandoned in the wilderness to form their own society. The ratings are only around 2 million. Utopia has already been pulled from Tuesday nights and now it only airs on Friday’s. That usually means it’s on it’s way out.

Madam Secretary on CBS actually received a great start to the season with 12.7 million viewers but only a 1.4 rating among adults 18-49. These numbers are great for most networks, but not so much for CBS. They’ll likely stick with the show for at least half a season to see what kind of awards attention, if any, it gets. It was picked up for a full season so we’ll pay attention to it to see how it continues to do.

Gracepoint on FOX is the American retelling of the U.K. murder-mystery Broadchurch. Week 2 only received 3.9 million viewers finishing only fourth in its timeslot. The show has always been a ten-episode “event series” so FOX may choose to keep it that way.

Forever on ABC had a solid debut, and even grew in the second episode. The third episode however fell dramatically. ABC has a lot of problems on Tuesday night so until they can figure out something else they’ll probably stick with the show.

Bad Judge on NBC saw 5.2 million viewers in the first two weeks and it NBC’s top–rated Thursday show – which isn’t saying much. Unless it begins to impress it might be sentenced to 13 episodes and out.

I’ll be honest I haven’t seen many of these shows yet…probably why the ratings are so low because if I haven’t – many others probably haven’t either. I have seen Red Band Society and actually thought it was a neat concept for a show. I’ve seen Madam Secretary as well and can see that one sticking on for a few seasons.

What are your thoughts on the shows that could be on the chopping block soon?