← Lena Dunham Totally Molested Her Little Sister, And She’s Upset That It Upsets You
‘The Walking Dead: Slabtown’ Is The Worst Episode Of The Season So Far, Possibly Ever →

Starburst Conspiracy: Why So Few Red and Pinks?

We’ve all experienced it. The joy of a fun size Starburst when trick or treating only to get home and find that 90% of them are yellow and orange. We’re calling you out. The numbers don’t add up. 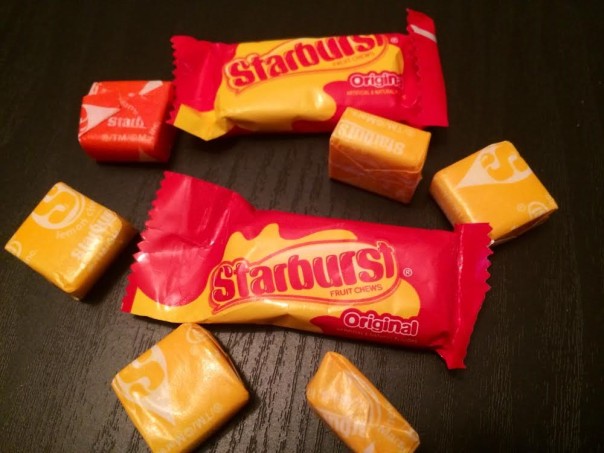 Where is our candy? What has happened to all the red and pink Starburst?

You know what I’m talking about.

This year my wife and I decided to give out candy that was totally free of peanuts. So we got a variety pack with Skittles, Lifesaver gummies (eh) and Starburst. We of course have leftovers. Now the other two candies have provided a variety of flavors for me to enjoy, but not the Starburst.

The fun size packs each have two individually wrapped Starburst in them. For some reason every single time my wife, myself or someone else opens a package it’s either two yellows or a yellow and an orange. I think we can all agree that yellow is by far the worst. Not that I hate it, but in the spectrum of flavors in the Starburst universe yellow is dead last. Not far from yellow is orange. So why are we being beaten over the head by this blatant attempt to get us to eat these terrible flavors?

How is that red is so hard to find? I easily went through at least 6 packages of these before finding just one red. Pink is just as hard to come by.

I think that this question needs to be answered. So I decided to do some digging.

According to their official website, the original Starburst are strawberry, cherry, orange and lemon. Not new information, so I went a little deeper.

I found many on twitter have felt this pain.

FUN SIZE #StarBurst are like #fortunecookies. You could get a good one….or a dreaded double yellow.… http://t.co/HiRdHi2Ika

What has this world come to. #starburst #wtf pic.twitter.com/77T3xAf7oo

Some have also felt joy.

Raise your hand if you feel like you won the lotto when this happens… #starburst #tastetherainbow pic.twitter.com/c0K70VO0GU

I’ll say again – where are the reds? Where have they all gone? Are the people in charge of candy hoarding them all?

So I went right to source:

Hey @Starburst, where are you guys hiding all the red and pinks? We demand answers #starburst #conspiracy

No response yet, but maybe I will finally get some answers for this deeply troubling question.

← Lena Dunham Totally Molested Her Little Sister, And She’s Upset That It Upsets You
‘The Walking Dead: Slabtown’ Is The Worst Episode Of The Season So Far, Possibly Ever →