← New Peanuts Teaser Trailer is Out!
A ‘Jurassic World’ Trailer Could Be Released Next Week →

While many in the geek community were thrilled with the announcements that Warner Bros. and DC would be releasing 10 films through 2020, one DC television alum is not so happy. 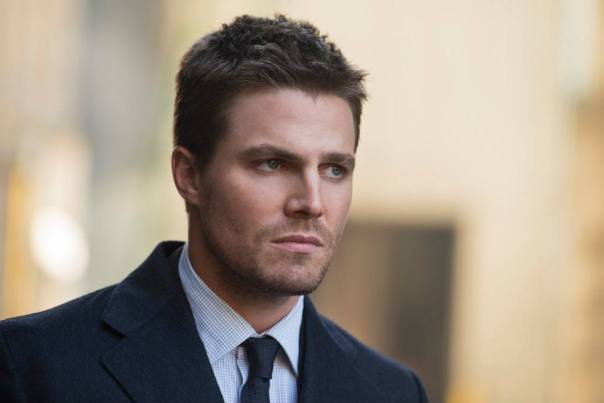 In a recent interview, “Arrow” star Stephen Amell said that he thinks that star of the new “Flash” series, Grant Gustin, should be playing the part of the Flash in DC’s cinematic universe. He also said he doesn’t think that Ezra Miller, playing the big screen Flash, won’t do a good job, but they should have given Gustin a chance.

The biggest problem that most fans have is that you’re going to have one actor portraying the character in film, and another portraying him on TV. By the time we get more Flash in the movies, Gustin’s Flash will already have a well established story arch.

Rumors have also been circulating that Amell could join the Justice League team that will be seen on the big screen in 2017, but there’s no evidence that will happen just yet.

It goes back to the continuity of the DC universe. Back in the day they had to do the Crisis on Infinite Earths story in order to tie together the long convoluted history of their comic books. Are they going to be starting this again in their live action TV and cinematic universes too?

Don’t get me wrong, I think that a Crisis story would be awesome to see. And if they tie the TV and movies together, it would be awesome. But chances are that’s not the direction they are going.

“The Flash” television show is so good, and doing everything right so far. Let’s hope that they continue to get it right for the movies too. Either that or it will be Gustin who gets the last laugh.

Posted on November 19, 2014, in Entertainment, Television and tagged Arrow, dc comics, The Flash. Bookmark the permalink. Leave a comment.

← New Peanuts Teaser Trailer is Out!
A ‘Jurassic World’ Trailer Could Be Released Next Week →