← ‘Agents of SHIELD: Ye Who Enter Here’ Episode Recap
Mariah Carey Can’t Sing Anymore, And We Should All Get Over It →

It was already confirmed that the role of Harley Quinn would be played by actress Margot Robbie but now we know who else will be joining her on the “Suicide Squad.” 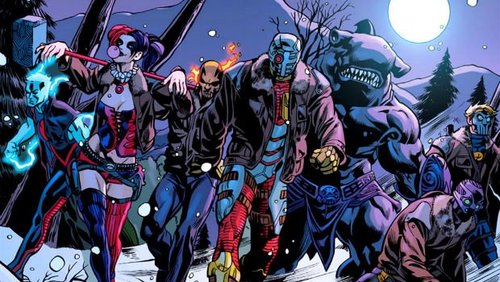 Marvel has its fair share of big names in their films. DC is also getting some high caliber actors to play some of their big characters and that list now includes Will Smith, Tom Hardy (again) and Jared Leto.

The announcement came down yesterday and has fans of the anti-heroes pretty excited for the possibility of the film. It will be the first time since “Smallville” that any sort of Suicide Squad will be brought to life.

So who will be playing who?

Hardy already has some DC credibility after playing Bane in “The Dark Knight Rises.” Will Smith is no stranger to the action genre, and neither is Jai Courtney. most of you probably know him from his role on “Spartacus” and in the latest “Die Hard” film.

The names of these actors certainly have me excited to see the movie on screen. Suicide Squad is one of the coolest teams in comic books, so hopefully it will translate well to a movie.

Suicide Squad is set to his theaters in 2016.

← ‘Agents of SHIELD: Ye Who Enter Here’ Episode Recap
Mariah Carey Can’t Sing Anymore, And We Should All Get Over It →