← This Christmas Light Show To ‘Let It Go’ is Amazing!
Kendall Jenner Dances In Lingerie For Christmas →

Beth Greene was one of those characters who people could really relate to. So now that she is gone from “The Walking Dead” it’s only natural that people would want her back. 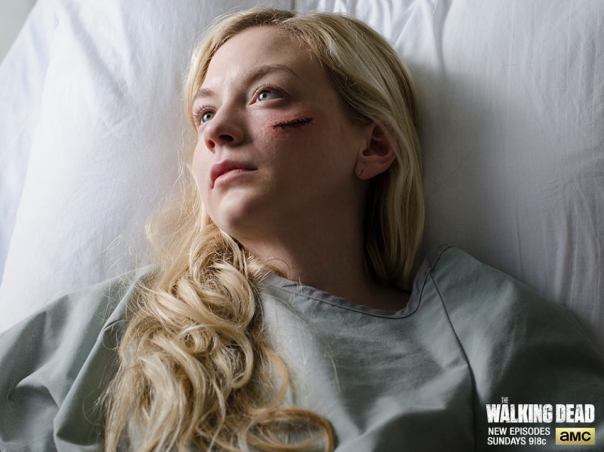 If you have not seen the midseason final for season 5 of “The Walking Dead” stop reading this because I’m about to spoil it for you. Though, chances are AMC’s Walking Dead fan page already did that 1 minute after Beth Greene’s head got blown off. WHOOPS.

Yes, Beth Greene was the most recent character to bite the dust on everyone’s favorite zombie show. It’s not surprising. Whenever a character begins to come into their own they tend to meet up with death.

So Beth got killed in the final minutes, and people aren’t so happy about it.

There’s a petition online for them to bring her character back. I think this has less to do with people liking Beth as a character, and more that people really like Emily Kinney, the actress who played Beth.

Why do people like Beth so much? Because most people are just like Beth. They’re conflicted. When we first meet her she’s a scared girl who just wants to end her life because what does she have to live for? Then she grows up a little, and discovers that there are still things worth fighting for, Worth surviving for.

In season 4 we finally get to see more of Beth. We get to see her grow up into a woman, and a fighter. It was short lived, but I think it really resonated with viewers.

BUT, this petition to bring her back is silly. She’s dead. She was shot through the head. We literally watched the back of her head get blown off.

So unless you want to see her comeback as a ghost, I don’t see it happening. Just remember, they brought back Lori as a ghost and that sucked.

Just know that unless it turns out that someone else from the cast can sing, we’re also don with campfire songs. Sorry.

Posted on December 8, 2014, in Entertainment, Television and tagged amc, the walking dead. Bookmark the permalink. Leave a comment.

← This Christmas Light Show To ‘Let It Go’ is Amazing!
Kendall Jenner Dances In Lingerie For Christmas →