Fans of Disney’s “Star Wars: Rebels” will be happy to know that the leader of the Jedi will be making an appearance on the popular cartoon. 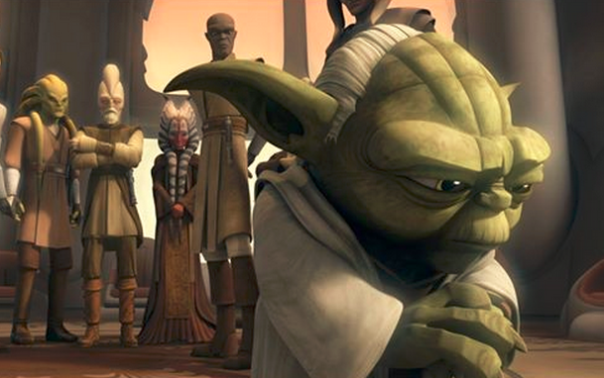 Have you been missing Yoda? Well miss him no more, because he’s making his first appearance since we saw him go into hiding in “Revenge of the Sith.” Well, technically the last time we saw him was on “Star Wars: The Clone Wars” but within the current time lone, this is when we saw him.

According to StarWars.com Yoda will be returning, and so will Frank Oz, the man behind the character.

“Rebels” takes place in between the events of “Revenge of the Sith” and “A New Hope.” So Yoda is currently residing on Dagobah.

Frank Oz said in an interview that Yoda will only be appearing in voice form. So somehow I’m thinking that Kanan gets a message from him, or maybe even Ezra.

Even though it’s only Yoda’s voice, are you pumped for him to appear, or left unsatisfied? Let us know in the comments section.