← Procrastination at Work Just Got Easier With Internet Archive Video Games
Why Do We Live in New York State? … →

Agent Peggy Carter was introduced to us in the first Captain America film. Four years later she has finally gotten her own show, and she started things off with a bang. 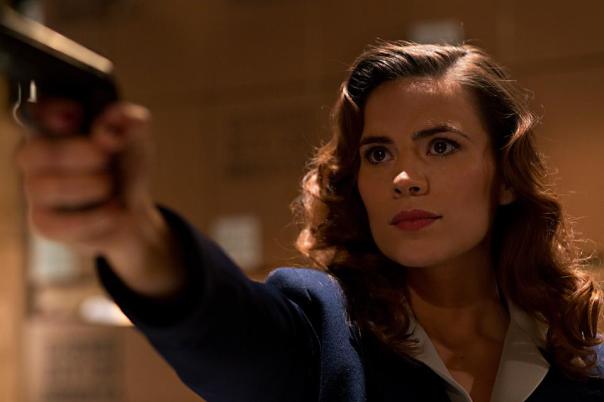 I would not mess with Agent Carter of the SSR. Until now we’ve seen her in flashback sequences in ‘Agents of SHIELD’ and an older version of her in ‘Captain America: The Winter Soldier.” Now we get to see her in full action all on her own.

Last night (January 6, 2015) was the premiere of her 8 part series that airs on ABC. I have to say that given that she has no super powers, and no one with super powers appeared on the show I was entertained and impressed with the 2 hour premiere.

We were introduced to a post WWII Peggy Carter who is now an agent for the SSR. She’s dealing with a lot of stuff and that also includes the sexism of the time. It is 1946 after all, and women are still fighting for their equal rights in not only the professional world, but also everyday life. I think we’re going to see a lot of boundaries being  broken down by Agent Carter.

I really enjoyed the appearance of Dominic Cooper as Howard Stark, and the fact they think he’s a criminal. That’s probably going to be the main focus of this 8 part series. Proving his innocence and making him into the icon that everyone knows of today – Tony Stark included. Also, James D’Arcy as Edwin Jarvis (Stark’s butler) was great to see. We’ve only seen Tony’s AI version of Jarvis so far, so it’s nice to see his inspiration it.

Over all the first two episodes set the tone for the whole series. It was enjoyable, but I don’t think I would want to sit through two hours of it every single week. Hayley Atwell was very charming as Agent Carter, and it was nice to see her expand upon that character to make her not seem as stuffy like she was in ‘First Avenger.’

Hopefully some of what they uncover in this show ties into ‘Agents of SHIELD’ or possible the MCU in general.

← Procrastination at Work Just Got Easier With Internet Archive Video Games
Why Do We Live in New York State? … →