Why Do We Live in New York State? …

The title of this blog says it all. I’ve thought about it multiple times. Why do I stay? My family is here and I’m very close to my family. So I got married, inherited a step-daughter, bought a house, and am now expecting a child – all in New York State. I figure everywhere you live there is going to be something you don’t like. For me, it’s the snow and cold. 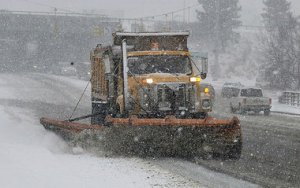 I recently came across two surveys, the top 50 snowiest cities and the top 50 coldest cities. What a surprise that cities throughout New York State made the list in many different spots.

Four New York State cities made the top 10 snowiest cities list: Syracuse came in number one (what an honor?) with 110 inches of snow; Rochester at number three with 87.8 inches; Buffalo at number four with 82.9 inches; and Utica (YEA for my hometown?) at number six with 77.5 inches. It is notable that Albany made the list at number 14 with 53.9 inches of snow.

This list uses the 30-year average monthly snowfall totals for December through March, as reported to the National Weather Service. To see the entire list, click here.

It really should be no surprise with these lists. We live here. We know how much snow we get. We know how cold it gets. Yet we still live here. We can’t control New York weather so be sure to soak up those few sunny weeks we get in the summer!