WWE Raw Reunion Made Me Feel So, So Old

Man did I love wrestling when I was a kid. WWE (WWF at the time) and WCW were so awesome. So when I heard that the guys from NWO and a few other legends would be on Raw Monday night I knew I needed to tune in for nostalgia sake. 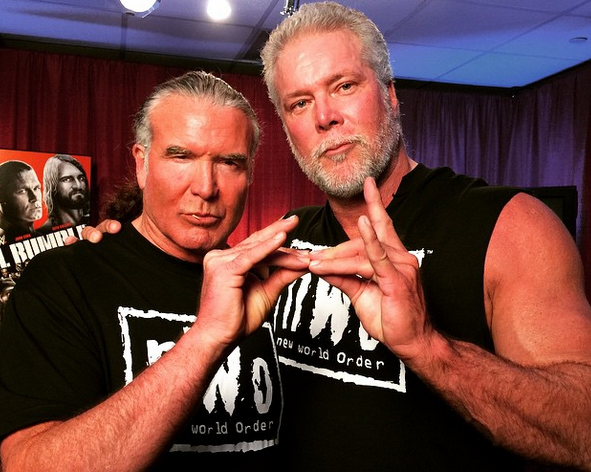 When I was a kid I remember watching wrestling on Sunday mornings. It’s the first place I ever saw guys like the The Undetraker, Mankind, The Hitman and more. Then in the mid 90’s wrestling got so huge. It moved to a prime time spot, and there were two different brands to watch with WCW and the favored WWF.

What WCW had over WWE at the time was they managed to take most of their veteran talent. Hulk Hogan, Macho Man, Kevin Nash, Razor Ramon (Scott Hall) and others. They also had other guys that they brought to the table like Diamond Dallas Page.

However, WWE still was the one that captured most of my attention. Stone Cold Steve Austin (who came from WCW), Degeneration X, The Rock. All awesome. Not to mention the killer (now a little silly) story lines between The Undertaker and Kane. Then Vince McMahon came in with “The Corporation” and recruited guys like The Big Boss Man to do his dirty work.  This was probably around 1997ish.

Let’s flash forward to January 19, 2015 and WCW and WWE are merged. So they have all these guys from back when I watched wrestling and wore the t-shirts and bought the theme song music albums coming back out.

The first guys they brought out were Rick Flair, Hulk Hogan and Shawn Michaels. It’s still hard for me to put Shawn Michaels in the same category as Hogan and Flair in terms of being “old timers.” Man did Rick Flair look old. Hogan has looked the same for the last decade, and didn’t change all that much. In the late 90’s and 00’s Flair and Hogan were already old guys so that wasn’t that big of a deal.

It was when they brought out the NWO guys that I really felt like my era of wrestling was far, far behind me. Not only did the NWO guys come out (Scott Hall, Kevin Nash and X-Pac) but they were joined by Bradshaw who left the commentator table to reveal that he was reuniting for the night with Ron Simmons aka Farooq from the Acolytes.

Man the acolytes were bad ass back in the day. However Ron Simmon looked to be a little bit out of shape.

The whole thing was they were talking about tag teams and these new guys, “The Accession” – who by the way look like a bad rip off of Mortal Kombat and the Road Warriors decided to say they were the best in the WWE of all time. 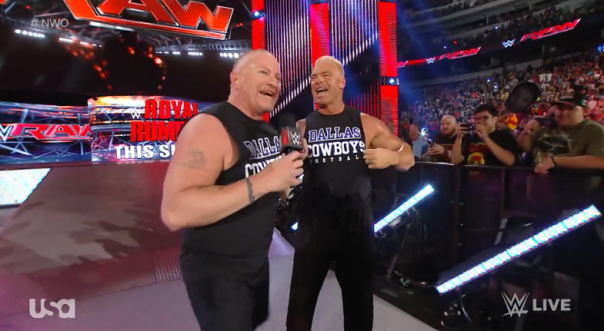 Billy Gunn still looks like he can beat some ass. Road Dogg was never really a physical specimen, but he seems to have cut the gym out of his life for now. But damn if I don’t get all excited when you hear that theme song hit.

Watching last night must have been how my father felt when watching wrestling with me and guys like Gorilla Monsoon came out as legends.