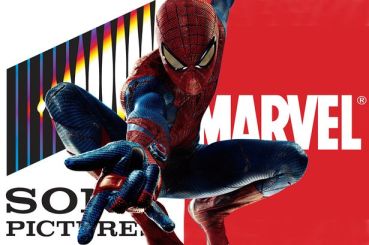 A deal has been struck and BJ and Rich are back to talk about it, as well as thoughts on Agent Carter, Justice League, and a whole bunch more!

It’s been a little bit, but BJ and Rich managed to dig themselves free from all the snow and get into the studio and get you this podcast. They also fill you in on what had been happening with them since the last show. But then again, most of you want to know more about what has been going on in the world of Geek Entertainment!

They start out with talking about their thoughts on Agent Carter, and where it could go. What they liked and didn’t like so much. And of course a little speculation here and there to make it interesting. From there it moved to the Marvel and Sony deal to bring Spider-Man into the Marvel MCU. Marvel has a big say in the creative side, and Sony gets to promote and distribute the film. With Web Head in a solo film, after he’s been in a MCU film.

They also cover the new Fantastic Four trailer, sharing thoughts and opinions. Did it make you excited and want to see this movie? BJ and Rich also talk a little about the Deadpool movie casting news, as well as Daniel Bruhl being cast for Captain America 3. Will he be Baron Zemo? And What about rumors of involvement with Doctor Strange? Hmmm.

They then jumped to the DC side of things. The Flash TV show, BJ has started to watch Gotham again, and asking the same question as everyone else, where the f*@k is the Batman vs. Superman Trailer? Spoiler: They weren’t expecting to hear back from anyone at DC, because that is just how DC rolls.