We have just learned that 50 year broadcasting veteran and alumni of local AM station 810WGY, has passed away. Our condolences and prayers go out to his friends and family. The industry has lost a great voice. 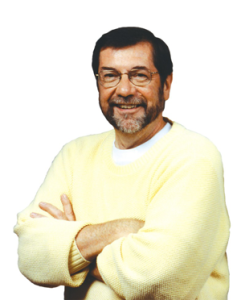 Weeks was also a Marconi Award-winner and a member of the New York State Broadcasters Hall of Fame. Before making his way to WGY, where he spent 30 years of his career, he was a weather man for WNYT and a Top 40 DJ on WTRY-AM. Fellow WGY alum Bob Cudmore said of his former co-worker,

Don was a major talent. His characters were popular for many years and he adapted to be part of the news talk world. He entertained us well.

As a child, I remember listening to “Uncle Don” as he was called, every morning, as my parents had their old Montgomery Ward portable radio propped up in the kitchen window, as he did his show. In the winters I would hope to hear my school called for closings in the area, and silent wishing he got gum in his hair when he didn’t announce my school. But as I got older and listening to him, he along with other WGY alums, made my passion for radio grow, which led me to get my Amateur Radio license then into the broadcasting field where I have spent over 20 years on the air.

The Capital Region has lost a great personality, and a true talent. During the beginnings of shock jocks and “Screw ball” radio, Don did his thing and we all loved it. He will be missed and the industry has lost one of it’s greats.