‘The Flash’ Theory: Who is Zoom?

We’ve already seen Zoom on CW’s “The Flash” but the next episode will put him face-to-face with Barry. So who is this mystery villain? I have a theory.

From what we can gather so far on “The Flash”, Zoom is as bad as it gets. He wants to not only destroy the Jay Garrick Flash, but also Barry Allen. It’s his mission to be the only speedster in the universe, any universe for that matter.

There is a lot of mystery surrounding Zoom. We’ve only really seen him as a blur with flashes of blue lightning around him. The voice we hear is that of Tony Todd, but that’s not who is behind the mask. It’s very Vader.

*SPOILERS if you haven’t seen the latest episode*

In the last episode, “The Darkness and The Light” we learn that Dr. Harrison Wells from Earth 2 was responsible for the creation of Zoom and the rest of the Metahumans. In which order were they created? Did he create a hero that turned so evil he needed to try and introduce other super powered individuals in order to stop him? That’s the real question. As of right now I trust Earth 2’s Dr. Wells. He’s not the warmest person, but his intentions are real.

Another thing we learn is that Linda Park from Earth 2 is Doctor Light. Like other metahumans from Earth 2, Zoom has sent her to Earth 1 to destroy Barry Allen. Clearly she’s conflicted. Also what a mind blowing moment for Barry.

We now know that Earth1 and Earth 2 have very similar people. That was learned with Atom Smasher, Dr. Wells, and now Linda. So who’s to say that Zoom isn’t someone that we haven’t already seen from Earth 1?

At first I wondered if it might be Barry. Almost like an evil twin type situation, but after seeing these new photos that the CW released I have scraped that idea. Zoom and Barry look very different. Their builds are not the same at all. Clearly Zoom has a bit more muscle. See below. 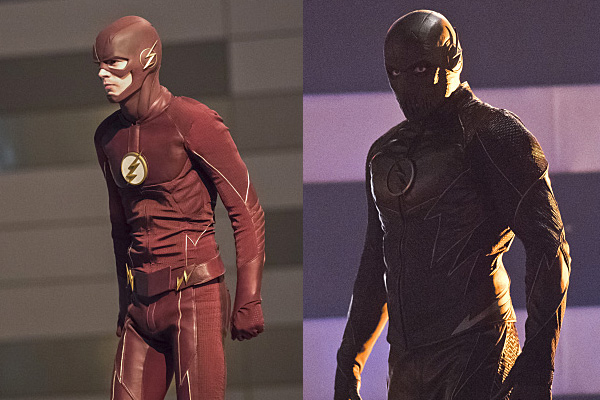 If it’s not evil twin Barry, then who?

Maybe it is the Earth 2 harrison Wells? If that were the case we would have seen Jay Garrick go after him even more than he did in the previous episode. Plus, Zoom has Wells’ daughter captive. I think that rules him out.

What about Jay Garrick? He’s a bigger guy. But, no. Clearly both him and Wells know who Zoom is. At least Wells does. I got the vibe that Wells and Garrick may have worked together in the past, maybe at STAR Labs on Earth 2. Hopefully we learn a little bit more about that.

Who does that leave as an option?

Obviously I’ve been doing some thinking on this one. So here goes my theory:

No Giles, not a demon. But I can’t rule anything out.

I believe that Zoom of Earth 2 is none other than Henry Allen. Barry Allen’s father. 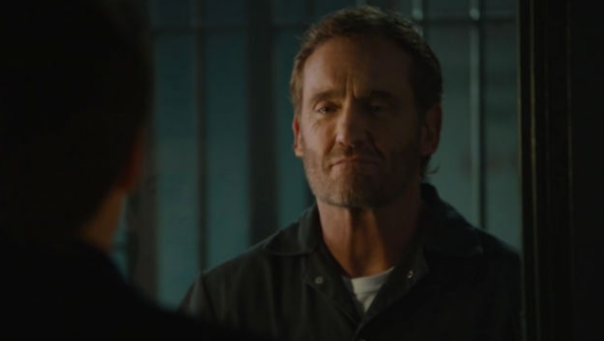 Right now you either think “Hey this guy is really onto something!” OR “No way, you’re crazy!”

Once Barry was able to free his father from Iron Heights prison, he left. Some mumbo jumbo about Barry not being able to become the hero he needs to be if dad is still in the picture. So Henry Allen from Earth 1 is gone, as far as we know. He’s probably living it up in Coast City or something.

This is where we get into more Vader territory.

We know that people from Earth 2 have Earth 1 counterparts. Zoom could very well be Henry Allen from Earth 2. Someone from the Allen family has to have to ability to be a speedster no matter what earth they’re on. So maybe Barry doesn’t exist on Earth 2, but his father did. Perhaps Wells turned him into a hero only for him to abuse his powers and turn to evil.

John Wesley Shipp, the actor who plays Henry (and was the original Flash from the 90s show), is no small guy. He’s got some muscle on him. So it could be him under that suit. I think it’s really telling that you can only see Zoom’s eyes. Look at his eyes, and then Henry Allen’s. Go on, Google it. Once Wells or Garrick finally tells them who/what Zoom is and he is unmasked we will certainly be getting our Luke/Vader moment.

How crazy would it be if Barry did all this on Earth 1 to prove his father’s innocence, only to find out that Earth 2 dad is a full on villain? That’s enough to rock your world.

I don’t believe that it’s a coincidence that Jay Garrick found Barry Allen, or that Dr. Wells came through the portal to STAR Labs. Also, I still think it’s weird that Henry Allen just left. Maybe that was just a way for writers to attempt to put him out of our minds as a choice for this. Nice try. Don’t you know how obsessed I get?

Do you think my theory has any legs to it? Let me know!

I was totally right on the Andrew Garner is Lash on “SHIELD”, so don’t doubt me!

Posted on November 5, 2015, in Entertainment, Television and tagged DC, The Flash. Bookmark the permalink. Leave a comment.