While many DC fans will argue that fans are unfair for being skeptical of their upcoming launch into a cinematic universe, there’s a reason for it. 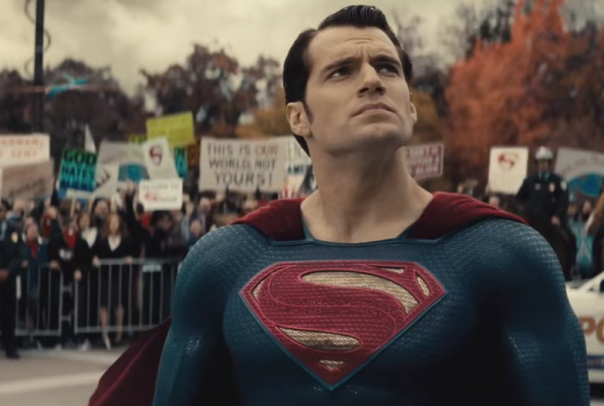 Trust. You have to have the trust of the fans before they can fully commit to the ideas that you’re bringing to the table. This is something that Marvel learned. So they did what they could to get the rights back to some of their characters in order to kick start the MCU back in 2008. Yes, we all loved “Iron Man” but we weren’t fully sold on the idea of a full universe involving some of our favorite characters from the comics. It took several films (some of them a little more disappointing than others) for the fans to get really excited.

This is the point that I’m making about DC. We got another quick look at the upcoming “Batman v Superman” on Monday night, and I thought that it looked spectacular. I also thought the original teaser from Comic Con made this film look very promising. However, DC fans shouldn’t be surprised that others still remain on the fence.

Can we talk about “Man of Steel” for a minute? I didn’t hate that movie. I also didn’t love it. DC is going for dark and gritty. So that’s what we got out of “Man of Steel.” This is a movie that is different than any other Superman film in the past. I just ask that you and read a Superman comic before you judge, because they get into some pretty violent and dark stories. Fans shouldn’t be so shocked that they chose to go this route. I also don’t think that when making MoS they intended for it to be the corner stone to an eventual cinematic universe. If anything it could have been a stand alone film with the potential for a sequel.

DC, like it or not, is busy playing catch up with Marvel. Their MCU is fully established and branching out. Of course DC needed to do something in order to put their characters in the same arena. So they chose MoS, and the events of that film, as their starting point. Maybe look at it as a prologue, instead of a jumping off point.

Instead of a bunch of introduction movies, they’re going right for the big one. Batman already exists within this universe, as well as Wonder Woman, The Flash, and Aquaman. Maybe once Superman made himself known it forces the rest to come forward. So they’ll already be present, instead of having to establish them individually before putting them in one movie. That’s one hell of a way to catch up to Marvel, who’s already into phase three.

Let me go back to MoS, and why fans are skeptical. I feel as though a majority of fans didn’t enjoy that film. Maybe they didn’t hate it, but they didn’t love it the way they love films that Marvel has done. So naturally if DC continues in the same direction of a film that many people may not have liked it shouldn’t shock anyone. Of course they’re going to question it when you’ve only had one movie to judge it from.

Unlike Marvel, DC doesn’t have time to slowly sow the seeds. They need some serious miracle grow in order to get in on this action.

They’ve got two big movies on the way for 2016, so let’s see how those go before passing judgement. As a fan of DC (and Marvel) I am looking forward to “Batman v Superman” in March. “Suicide Squad” comes later in 2016.

I have faith. I have hope.  After all, Ben Affleck is set to do three more Batman projects after this. So they must believe in him.