What’s going on or the next episode of the Geek Show? Get a rundown!

While this episode will mostly be us discussing our thoughts on ‘Star Wars: The Force Awakens’ there is some news worth stuff we need to hit.

We got a look at the second season of Marvel’s Daredevil on Netflix. The teaser gave us a cool recap of the first season and BIG tease for the Punisher’s involvement. It looks like he is set to invade Hells Kitchen and turn it upside down.

Black Panther gets a director!

If you were a fan of the movie ‘Creed’ then you’ll love this news! Ryan Coogler has been confirmed as the director for 2017’s ‘Black Panther’ film. We’re excited to see what he’ll bring to the table. More from Screenrant.

If you didn’t think we were going to talk about how GREAT Benedict Cumberbatch looks as Doctor Strange, you must be crazy. As fantastic as Marvel’s other big screen heroes have looked, Doctor Strange is so right off the page its’s, dare I day, magical? More from Entertainment Weekly

It looks like Deadpool fans can rest easy. It has officially been given that ‘R’ rating that fans were looking for. You may want to leave the kids at home for this one. 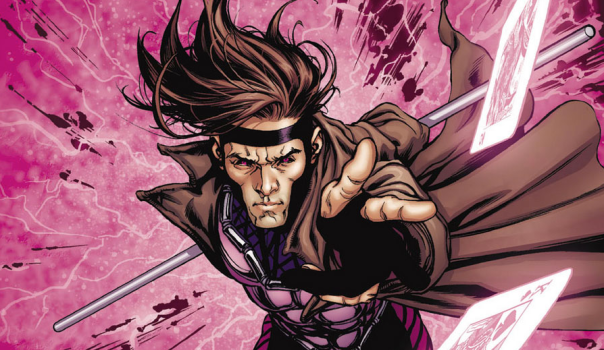 FINALLY some positive news about the upcoming Gambit solo project starring Channing Tatum. ComicBook.com reports that it will begin filming in New Orleans this March. It was supposed to start filming back in November of 2015, but was delayed. It was scheduled for on October 2016 release, but will likely not make it to theaters until 2017.