Veteran comic writer David Hine is back with an all new book, Second Sight, and it is a trip to the darkest part of your mind. 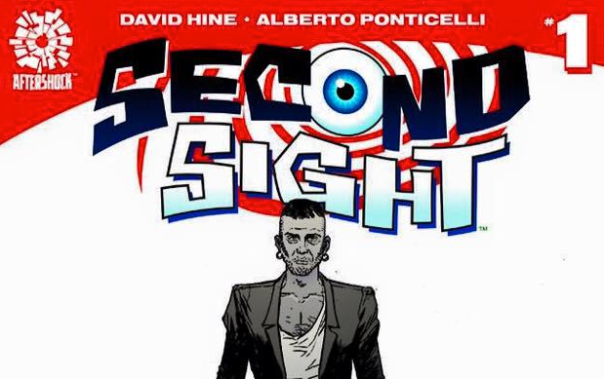 Are you ready to take a journey into the mind is a psychopath? David Hine’s “Second Sight” gives you an inside look into the minds of the demented.

Hine, who has done work on “Batman and Robin”, “X-Men”, “Daredevil: Redemption”, “Inhumans”, and “The Joker’s Asylum”, has started us on a journey into the world of the paranormal. The main character, Ray Pilgrim, has the ability to see more than the average person.

Can he see the future? No. It’s called “remote viewing” which seems to put him inside the minds of some of the most wicked people on the planet, or at least London. That’s where this story takes place.

Ray’s been plagued with this gift for some time, and it’s cost him his life. Despite using this ability for good, it always puts him in a bad spot. His wife has left him and doesn’t want him to see his daughter. Despite that, Ray’s daughter, Toni, is in her dad’s corner. With her help, he’ll try and get to the bottom of the murderous plot of The Wednesday Club.

What I liked the most about this particular book is the real factor. Sure it’s based in paranormal fantasy, but Ray is very relatable. He’s a man that has been given an ability for good, but the society rejects him. It’s clear that it won’t stop Ray. It almost has a noir feel to it, which I can rally get behind.

Get ready to be tossed into a world of murder fetish, and horror with David Hine’s “Second Sight” from AfterShock comics. It’s available now and I totally suggest picking it up. Issue #2 will hit comic shelves and comic reading apps on March 16th.