Now that I’ve had a week to think about it, here’s my thoughts on the latest X-Men film. 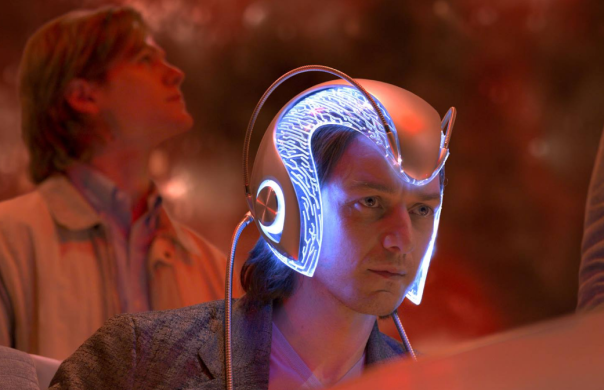 I sat in the theater so excited and anxious for this movie to begin. The trailer (yeah, the trailers made this one look so good) had me so pumped to see it! I couldn’t wait to see some of my favorite characters brought to life. Psylocke, Angel, Nightcrawler (again), and FREAKING APOCALYPSE! This was going to be good. Bryan Singer would go out with a huge bang doing the X-Men movie he always wanted to.

Then the movie started. It was slow to get going. Apocalypse’s origin was very much different than his comic origin, but they always change that stuff with Fox, so I made my peace with it – or so I thought.

While Fox has always taken liberties with characters I thought that “Deadpool” had ended that. I was wrong, and they laughed all the way to the bank.

Oscar Issac did a great job playing the villain. That villain was not Apocalypse. I’m not sure who he was playing. Olivia Munn trained like crazy and her acting was not bad. However it would have been nice to see Psylocke in the movie. They turned Angel into some sort of rebellious rocker. Why the hell is it so hard to make Magneto the villain? Why are we constantly trying to turn him into a tragic character? He is a villain. Singer, dude, you nailed him in the first ever X-Men film you made! Go back to that!

The story line was weird and slow. Why did Apocalypse want to destroy the world? He just woke up. To me his motives were unclear and forced.

Can we stop with Jennifer Lawrence as Mystique? Now she’s a leader of the X-Men? No.

Yes there were things I liked. Evan Peters as Quicksilver stole the show again. Nightcrawler was amazing. I even enjoyed Cyclops, the worst X-Man in history. Storm is going to be great in future films (just get a new writing team please). Sophie Turner played her part as Jean well. The whole phoenix thing felt forced (I said spoilers) and premature, in my opinion. They’re not ready for that yet.

However the Wolverine cameo with the Weapon-X shit!? Hell yeah! Loved that, and I would be lying if I said otherwise. Big problem with that is that didn’t Mystique take him at the end of “Days of Future Past?” Did she forget about that? Plot hole, yo.

The whole movie felt like a set up to get to this shot.

I didn’t hate it. I certainly didn’t love it. At the end of the day Brian Singer set comic films back, and goes out with a very dull thud.

Posted on June 5, 2016, in Entertainment, Movies and tagged X-Men. Bookmark the permalink. 1 Comment.