Was a ghost photographed at Fort William Henry in Lake George, NY.?  If you look closely at the photo taken on a recent ghost tour, it appears the paranormal is showing its face, just in time for Halloween.

A ghostly image was photographed during a ghost tour at a well-known haunted location in Update New York – Fort William Henry.   The Fort has countless stories of footsteps following you but without a person in-sight, witnesses reporting their hair being grabbed, as well as ghostly figures vanishing into thin air. The Fort hired the popular paranormal investigator company, TAPS, to document the supernatural incidents, backing witness claims.  Embracing the occurrences, the Fort offers guided ghost tours, and during a recent event (on Friday the 13th, of all days), our very own Monte caught what could very well be a ghost in one of his photographs.

A video of the window which may have housed a ghost is available – the photograph was taken moments after the video was shot.  The green dot in the video is not ghost, and there does not seem to be anything unusual in the video especially in the window.  The window itself is boarded up and offers no reflection. After watching the video, take a look at the photographs below – photo one is untouched, without edits, and shows the exact same window in the video.  Zoom in and take a look at photo one.  Then look at an edited version of this photo. 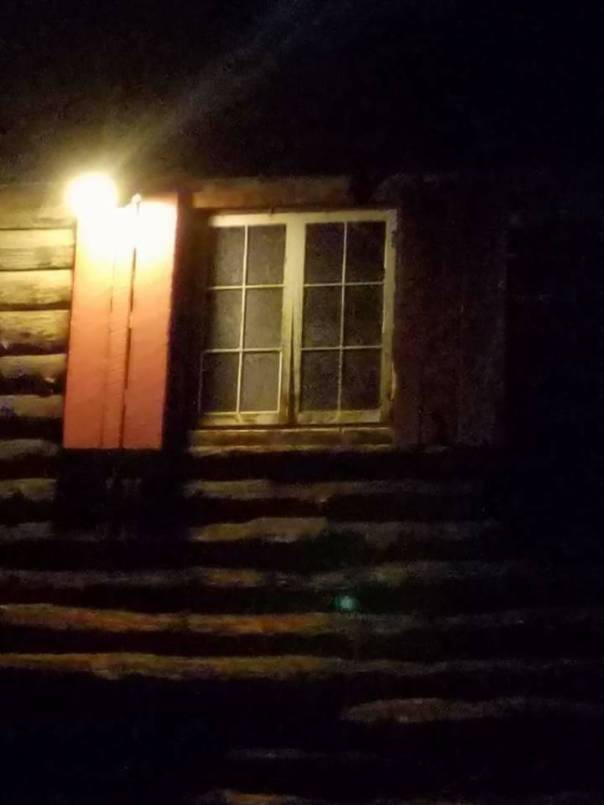 What do you think – is there a face in the window?